Renowned film theorist Professor Laura Mulvey, Senior Professor of Film Studies at Birkbeck College, University of London, will give a public talk at the Huston School of Film & Digital Media at 2pm on Friday 10th May as part of the 15th Irish Screen Studies Seminar, to be held at  the Huston on the 9th and 10th of May 2019. This lecture will take place in the Huston Main Room. 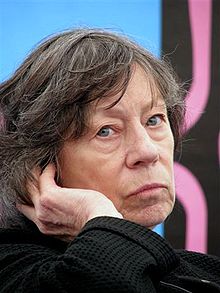 Professor Mulvey’s talk will explore her use of digital technology to remix Hollywood films of the 1950s and will be followed by a screening of her avant-garde classic Riddles of The Sphinx, which she co-directed with Peter Wollen in 1977. Laura Mulvey is responsible for some of the most influential publications in the field of film studies over the past forty-five years, including her 1975 article “Visual Pleasure and Narrative Cinema,” which remains a foundational text for feminist film theory, and her 2006 book Death 24x a Second, which explored the role new media technologies play in our experience of film.