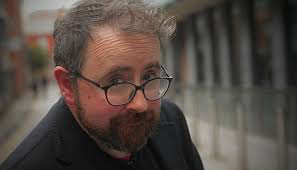 Screenwriter Pierce Ryan will speak in the Huston School of Film & Digital Media this Thursday, 21 February at 3pm, followed by a screening of Black ’47. Ryan is a three time IFTA nominated writer; his credits including  Black ’47 (2018), Standby (2014) and the IFTA nominated short An Ranger (2008) upon which Black ’47 was based. He will discuss his work in film, the Irish film funding landscape, and how to build a career in screenwriting.